The CWU set off from Fort William in brilliant sunshine.

I could wax lyrical about the first 3 days, brilliant sunshine, 30 degrees and terrific hills, heat stroke, killer hills, sunburn, hills.....but that would be unfair.

The organisation was superb, the food not so much.  Again, I found it difficult to consume and digest nutrition throughout the days.  Day 1 and 2 went well but with a killer twist in the tail of day 2.  Many ups and downs in the last 10k which took me over 3 hours!

The hill training, or lack thereof, was very apparent in the mountains.  I really found myself getting very breathless going up.  But down and on the flat it was fine.  The terrain and scenery was astonishing and I swear I lost so much time taking pictures more than anything else!

But day 3 dawned and after the killer last 3 hours on day 2, I faffed around in the morning.  This was to be critical by the end of the day.  I swore I would be first out of the gate every day, but I got to the kit check at 20 past 7, and finally walked through the start gate just after 25 to 8.

Day 3 was to finish at 11pm (something I forgot until much later) and again scenery and route was amazing.  I was going ok but I had lost almost 40 mins from starting and the first killer hill (in the first 2km) didn't help.  I had erred on the safe side and filled up with water - this was as it turned out was completely unnecessary as there were rivers a plenty on the route.

So I am carrying too much weight, not eating properly, getting frustrated at my pace going up hills, its hot, and everyone seems to be going past me..

However I plod on, passing quite a few people in even worse shape than me.

Catching my toe on a rock going at pace downhill I fell flat on my side and my head battered what turned out to be a clump of grass in the middle of the path - not as was the norm, a rock (or I wouldnt be writing this).  It was heavy enough to set off my Garmin emergency fall alarm, which I cancelled.  I didnt knock myself out but I was pretty winded and my right hip (the weaker one of course) was now throbbing.

I slowly got going again.

Checkpoint 1 I stopped and had something to eat which I could buy from the shop.  I think that was worthwhile but I was only clear of it 20 mins before the cut off. Too close really - the late start was now catching up with me..

Checkpoint 2, having lost some fellow runners in the gorge where the path was very difficult to follow, I stopped (again a mistake), ate, then continued running on the road - going ok.  But steep hills beckoned which again slowed me right down.

Checkpoint 4, midgie hell and running on track. Going ok but the remaining miles would be bogs and hills.  Long story short, last contact with some marshalls they informed me I was going ok, I had an hour and 20 mins for the remaining 3k.  I stopped, took a drink and some food - may be 10 mins...

The remaining 3k were awful.  Very steep, pitch black, and then I lost the trail at the end finally finishing past the finish time of 11pm. If I had not got lost I would have made the time.

Still, I finished half of day 4 after being inserted at checkpoint 1.  This is done for anyone who misses the previous days checkpoints.  I then decided that pulling out and focusing on next year was the best option for me. 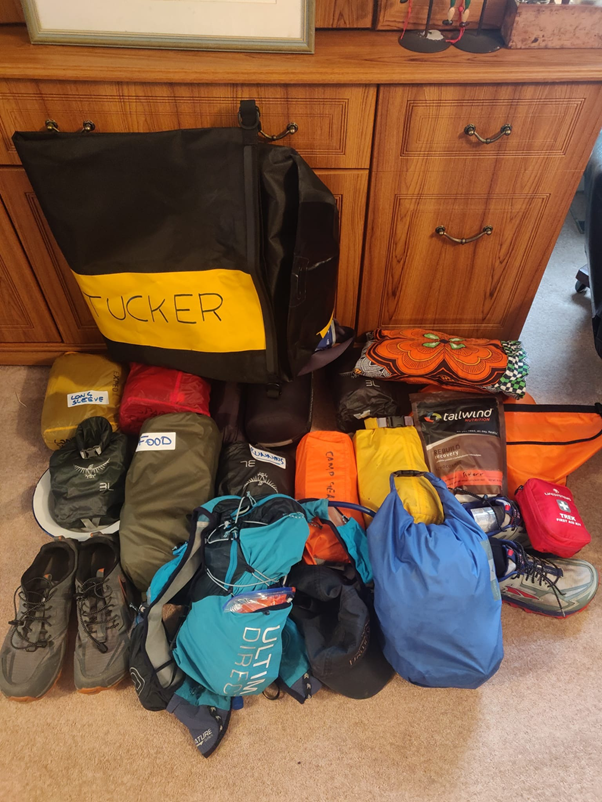 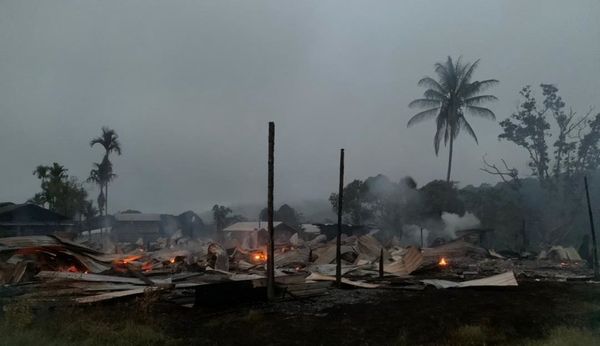 Please donate here: https://uk.gofundme.com/manage/pa-derung-longhouse-fire There are lots of tragedies and people in need in these pandemic days. However, losing your home and possessions on top of coping with COVID can only add misery to misery. In Sarawak near Bario an 8-door longhouse block and a 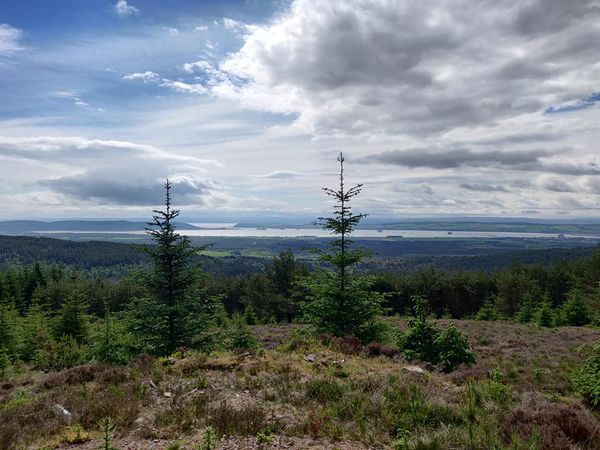 So first week recovering from the back strain was agony.  Standing up to work was ok for 15 minutes, sitting down followed that and then the pain kicked in...4 days or working in the house rotating my environment like that. 😒 Finally, I knew I had to get out. So,