I guess we were all expecting it but nevertheless its too far to continue the same build up, but not far enough to slow down the training too much.

So I have to now work out how to sustain the training at around 100km a week for 1-2 months and then build up again for August.

Trouble is, the weather will get hotter, and August is smack bang in the middle of the midgie season in Scotland which is just terrifying.

Ah weel, at least its on this year!

I just wanted to post the training I have completed in the build up to not one, but two CWU runs over the past 3 years.  This has been a long road with multiple injuries (mostly calf strains which require complete rest) and interruptions from work, unexpected international travel etc. 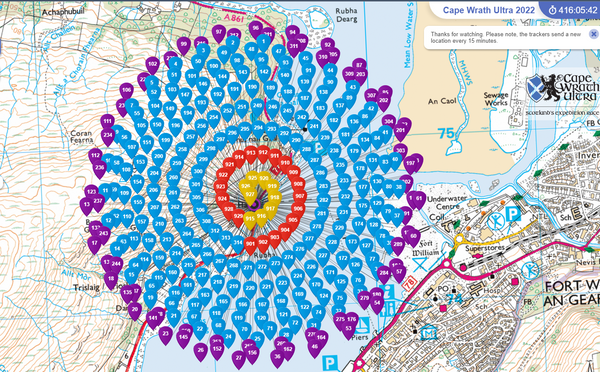 One more recce done over the weekend!  Travelled to Scotland and now in the final taper week before the big race.  Took an opportunity to do the end of stage 6 and start of stage 7, the last 2 killer stages before the final stretch. Really hoping I get to