So first week recovering from the back strain was agony.  Standing up to work was ok for 15 minutes, sitting down followed that and then the pain kicked in...4 days or working in the house rotating my environment like that. 😒

Finally, I knew I had to get out. So, even though I could hardly bend down to put my socks and shoes on, I kitted up and went for a run.

Physically, running was no problem, no back issues, no pain, no lack of mobility.

It was great to get out, and into the hills for a change pushed me hard with my calves.  So much so, I did a decent half marathon but tracked through some wild and woolly forestry paths, bushes, pine trees, gorse, brambles.

The next day was awful. My calves were shot, my back was sore (but no worse than before I did the run!) and it meant I could barely walk throughout the day.

Come 5pm I knew that I needed to go again. I could finally walk properly and so planned to repeat the same run.  That didnt quite go to plan. I took a different starting route planning to run a different area but the forestry paths pulled me back onto the track I had run the day before!.  however I had only really covered 12km so needed more distance.

I then ran the previous days route but went further and finally returned home close to 40km.  The next day, oddly, my legs and calves were not as sore as the previous day. So I went and repeated part of the longer run to complete another half marathon through the forest and hills.

7 days ago an intrepid group of individuals, event organisers and Icelandic support crew set off to traverse Iceland from North coast to south coast. I will post separately here on individual days later but the short story is that we finished it successfully. Despite terrible weather on day 2, 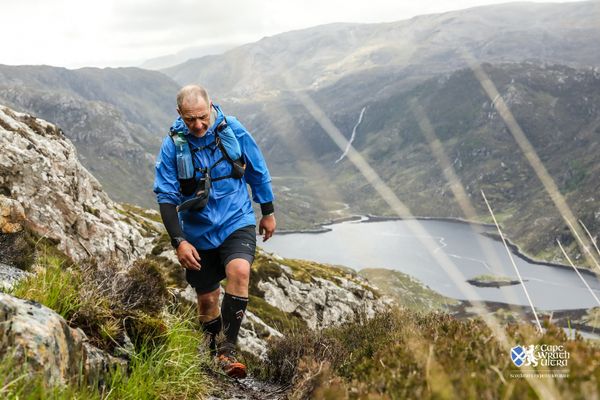 Here are a selection of the official photos